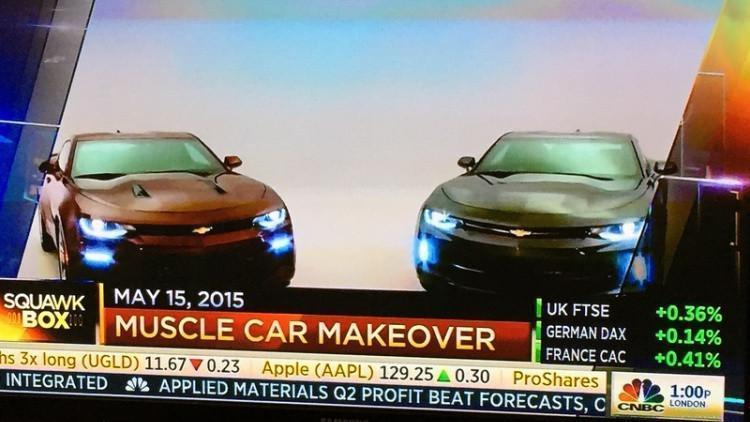 This morning GM by way of CNBC released detailed images via video of the 2016 Camaro. Via a tipster, website Jalopnik is saying they've got the specs as well. We've got the pictures and the GM reveal video from CNBC after the break.

Chevy has unveiled the 6th gen Camaro via their official website. You can see it Here.

After all the spy photos and speculation, finally, a decent look at the 2016 Chevy Camaro. It's got a larger front grille and higher profile headlights but overall the changes are subtle.

You can definitely see some Corvette DNA working its way into those tail lights.

It's nice that GM has noticed the popularity of the halo style lamps being sold but they still seem to be not quite there yet in comparison.


What do you think?

There's definitely some more of what we saw from Ford with the Mustang redesign for 2015. Sleek, almost Euro car styling at play. As for the specs, Jalopnik is reporting that its base engine is an all new turbo four, 2.0 liter with 270 HP with an option to upgrade to 3.6 L V6 with 330 HP and 275 lb-ft of torque. Finally the SS with a 6.2 liter LT1 V8 with 440 HP and 450 lb-ft of torque, you may recognize it as the same power plant found in the Corvette Stingray...

Here's the video interview from CNBC.

So what do you think? Line up to buy or pass?