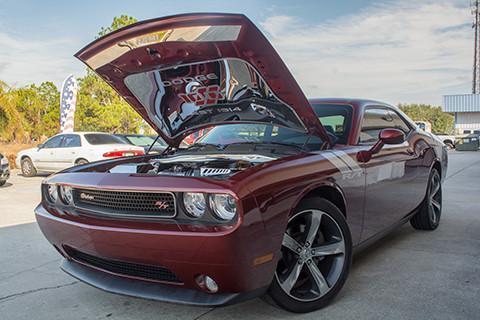 The year was 1991, it was the final year of the Cold War but things were heating up all over the place. Iraq invaded Kuwait, Salvadorian rebels shot us down in El Salvador, the end of Apartheid began and Comedy Central went on the air for the first time. Things were also about to heat up for one woman from Silver Spring, Maryland.

Sandy McIntyre wasn’t looking for love when she went out to eat with her son and his fiancé. They decided on a 50’s inspired diner named “Big Boopers” despite her son and his fiancé not exactly being in love with the place. They knew Sandy would enjoy it because there was something about the atmosphere in there. As they were enjoying a drink and listening to the music, Sandy’s soon to be daughter in-law took it upon herself to play matchmaker.

“What do you think of that guy over there?” She asked. Though Sandy shrugged it off the eager Cupid in-law took matters into her own hands. Walking confidently up to him and asking him to dance, her son’s fiancé brought her catch over to the table and introduced him to Sandy. His name was Bob and they enjoyed the rest of the evening dancing with each other and talking.

They discovered they had a great deal in common, a love of cars along with each of them having three daughters and a son from their previous marriages. Their relationship grew and Bob was routinely driving the 75 miles from his hometown in Gettysburg, PA to Silver Spring to be with Sandy. It took a while but after two speeding tickets in one day Bob had decided it was time he moved to Silver Spring to be with Sandy and less than a year later, they were married.

Bob owned a 1963 Impala 409, and while Sandy had always had a fondness for the classics she couldn’t wrench on the cars so she just never owned one herself. She told Bob how she had always wanted a 1959 Impala and as fate would have it, Bob had just sold one. But Bob knew they could buy it back and after Sandy purchased it, together they completely restored the car. The only thing they didn’t do themselves was the paint, which they hired out. They owned many cars over the years and together Bob and Sandy’s love of the automobile grew.

Eventually, life brought them to the Tampa Bay area where they enjoyed many car shows and trips over the years with their car club, the Tampa Bay Antique Vehicle Association (TBAVA). They watched the classic cars break down and saw the time and money spent to get them back on the road be wasted repeatedly. Sandy says that they felt spoiled when Bob bought a 2015 Impala LTZ and found out how amazing and comfortable it was since it had all the “bells and whistles.” A taste of modern technology changed their mindset and their love of cars suddenly had a new, more modern direction.

Bob is an E-Bay aficionado who has bought and sold many cars and Sandy noticed him watching more and more Dodge Challengers over the past year. There were several Challengers Bob had his sights set on when he came across a 100th anniversary edition Challenger. Seeing it, he envisioned a car that they could personalize and dress up together. They purchased the car and once theirs, they decided the next best thing to do for their 25th Silver wedding anniversary would be to take it to us at American Car Craft. Bob and Sandy’s car is a rarity and so we gave it a rare 100th anniversary engine bay to help them celebrate the occasion. Bob and Sandy’s story is great and we love when our passion is shared by someone else. It’s even better when that passion can bring two people together and keep them together for 25 years. Here’s to you Bob and Sandy! May your passion continue for many more years and be an inspiration for others to come together over these amazing American muscle cars. You may not be able to get the exact same look as Bob and Sandy but you can still customize your car with our amazing line up of Dodge Challenger Engine Accessories. See the entire gallery of their amazing 100th anniversary Challenger when you click here!